Posted on September 29, 2013 by Barton Farms and Gardens

Earlier in the summer we let some of our broody hens sit on their eggs and all told they hatched about a dozen chicks.

This little guy hatched back in June!

After that we agreed we didn’t want them to hatch any more chicks. We didn’t want to have babies once the temperatures started dropping and also the coop is only divided into two sections and peeps and adolescents don’t mix. And I didn’t want any more birds in the house!

And all has been going according to plan. We collect all the eggs every day and even though there are still two broody hens in the nesting boxes they’re not accomplishing much.

But last week we had a bit of a surprise. What are those cute little fuzzy things? Yep, those are days old peeps!! 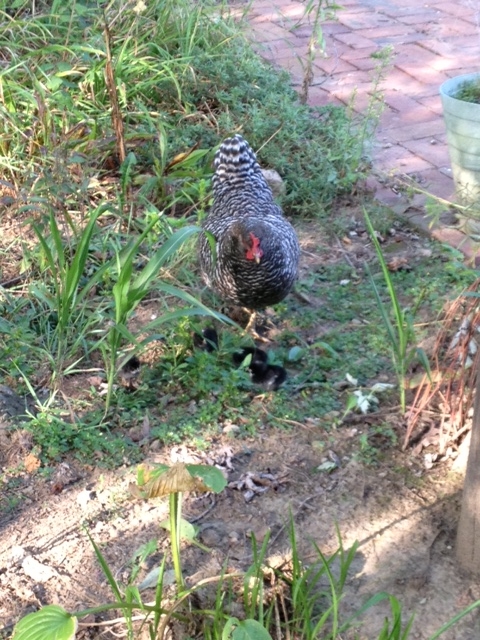 Turns out this mama Barred Rock took matters into her own hands or whatever the equivalent for this metaphor is when it comes to chickens. 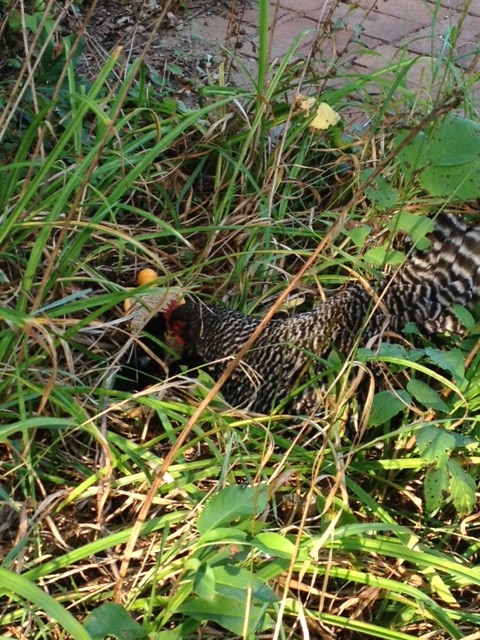 She laid a clutch of eggs in a flower bed that is literally 5 steps out the back door (HOW DID WE MISS THIS!?!) and she hunkered down for the 21 days it takes for chicks to hatch.

Yep, right out the back door in damn near plain sight she nested and hatched her own chicks. While this was not part of the plan it is still pretty damn cool. Usually after the eggs hatch we take the chicks away since a coop full of chickens is not exactly the best place for a chick. The nesting boxes are mounted up high on the wall and the roos are not too nice. These are the first chicks we’ve ever let stay with their mom and it’s been very cool to watch. 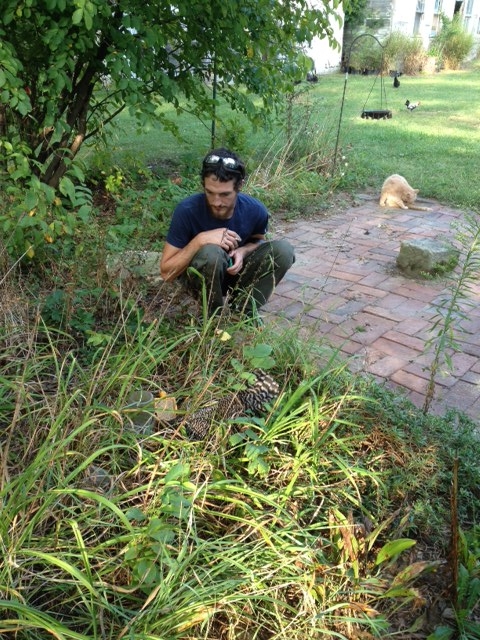 A couple hours after the discovery Mike mentioned the forecast was calling for some pretty hard rain (you remember last week’s torrential downpour?). We didn’t want to move the mama hen or her chicks inside so we needed something to cover them with.

Good thing the house we moved in to and the surrounding outbuildings are still full of treasures! 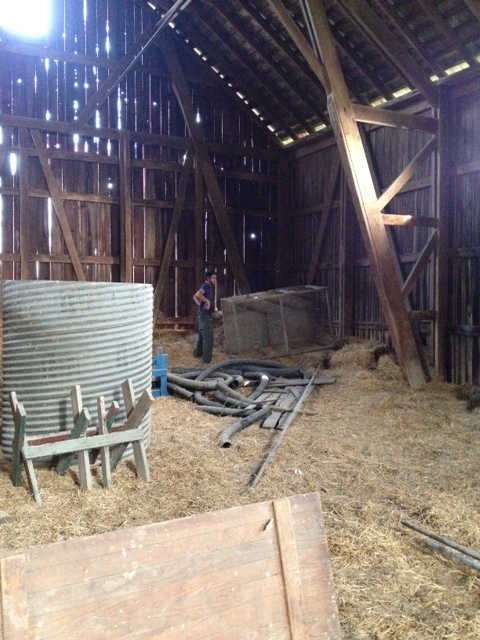 Up in the barn we found this little pen. Not exactly sure what it was used for in the past but it had chicken wire on all four sides and the top and a wooden bottom.

We decided the wooden bottom would make a nice roof. Mike cut out the opposite side of chicken wire and bent back the jagged edges. We used his forearm forklifts to carry the pen down to the flower bed and then we flipped it on top of the nest.

First class accommodations for the new mother and her brood! 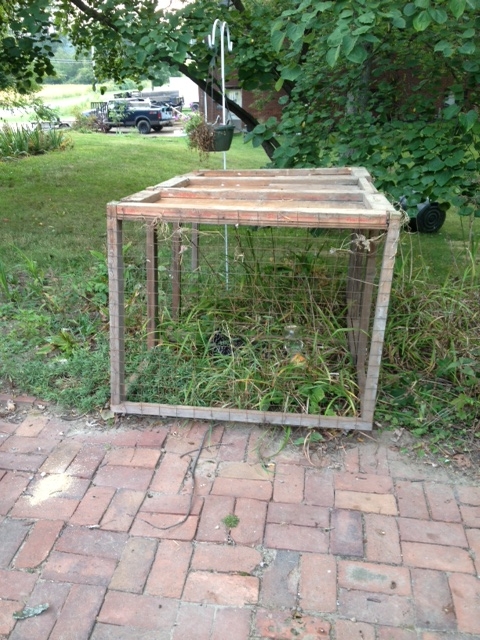 Since this photo was taken Mike has also added a nice thick tarp to the top that hangs over the sides a bit. He also rigged up a heat lamp to, “take the edge off” at night and we’ve started putting in plenty of food and water each morning.

I guess some of the coolest things in life are those things that happen when you’re not even paying attention.

My husband and I are bringing an old family farm back to life while simultaneously working full-time jobs and raising two kids. It's a gas!
View all posts by Barton Farms and Gardens →
This entry was posted in Uncategorized and tagged baby chickens, Barred Rock, broody, chicks, forearm forklifts, hens, peeps. Bookmark the permalink.